The best free antivirus for PC of 2021

In this article we will talk a little about the best free antivirus for your PC in 2021 and thus keep you protected from any threat. With a little effort and knowledge we will be protected against most possible attacks on our computer.

Free antivirus PC. Which to choose?

Choosing between buying a paid antivirus or a free one can mean a lot when it comes to having complete protection or not, but at least we recommend that you opt for a free one or the one that your operating system can bring

Like almost everything in life, you can choose to have something free or paid, such as you would have free programs for online invoices, design, icons, images or even games on Steam.

Below we show you a list of the most used and well-known free antivirus on the market. Some are paid, but you can enjoy certain basic protections if you install them on your computer:

These are some of the best free antivirus that you can find today to protect your PC and even your digital footprint on the Internet so that your data is not stolen through different tactics and used fraudulently.

The 7 Best Free Antivirus for Windows by popularity.

A large part of the programs dedicated to computer security have two different versions, a free version and a paid version, which has better features. For example, Avast is one of those antiviruses that in its free version has enough features to keep your PC protected, which is why it is considered the best free antivirus on the market. 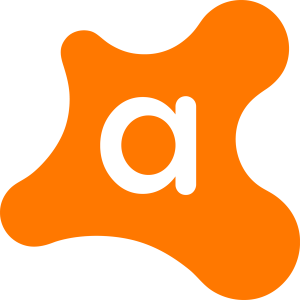 Avast Free Antivirus is one of those top antiviruses on the best free antivirus lists.

A program that, according to experts, offers the highest level of security, on a par with others that are paid for and above many others, which also obtains the best results in terms of usability, that is, it is an effective antivirus . It is also very easy to handle, configure and understand when it warns the user of any possible threat. All this, causing the least possible impact on the performance of the computer on which it is installed, which is another fundamental aspect to take into account in PC antiviruses. And if you have performance problems, it may be because you do not have a good processor, enough RAM or an SSD hard drive.

The free version of Panda antivirus offers the highest frequency of virus detection with the least impact on your devices. You will always be protected and constantly updated with free updates in real time at all times. With this antivirus you will only have to install it and forget it: you will never need to update it again and it does not have complex configuration options either. Set it, forget it, and enjoy digital life in peace. All work is done from the cloud, so you won’t even notice it’s there even though it’s always working to protect you It is not necessary to store files or perform daily updates because it does everything necessary in the background and will notify you only if there are threats.

AVG has a free antivirus, and also a paid option. The free option has malware scans of all kinds, real-time security updates, blocking of links, downloads, unsafe attachments, and PC performance analysis as well.

It is somewhat more limited than the paid option, but it offers almost exactly the same results as AVG Free Antivirus.

An unsurpassed level of security, according to the experts’ assessment, with the maximum ease of use and configuration, and with little harm to the performance of the computer on which it is installed.

Again we find a free antivirus that offers us a payment option, if we want it. And again, the information about the effectiveness and performance of the antivirus is based on the Pro version.

This free antivirus is also selected as one of the best; In fact, according to AV TEST, which are the computer security experts on whom we rely to provide this data on its performance, they give it the highest score in all sections: both at the security level, which is the basics of an antivirus, as in usability and also in the impact on the performance of the computer.

Without a doubt, one of the best free antivirus that we can find on the market.

Bitdefender has in its Internet Security one of the best antiviruses on the market, at the level of those mentioned above.

And as a free antivirus option, they also offer the one at hand: Bitdefender Antivirus Free Edition.

Obviously, like all antiviruses with a paid version, this one has some shortcomings, such as, for example, that it does not have 24/7 support, or that it does not offer us a VPN integrated into the computer security software. But it does have web attack prevention, smart antivirus, anti-phishing system, online fraud and other really interesting features.

Without a doubt, a great option to have our equipment protected at a basic level. 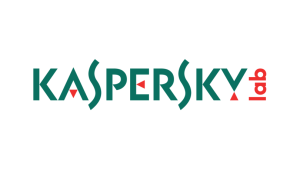 Once again, with Kaspersky we have two options: free antivirus, and paid solution.

In the free version we won’t have to worry about performance losses on the computer, because the impact is practically undetectable.

This free antivirus offers us protection against malicious files of all kinds and types, and it also has specific protection tools for our private information.

Although it may not be the best free antivirus that we can enjoy, the truth is that its paid version is on the podium with the best antivirus of all time. 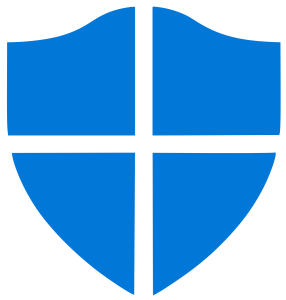 It is the free antivirus of the Microsoft company, and it is curious because it is one of the best and you do not need to install it since it comes from the factory

In fact, in the latest AV TEST results, it receives the highest score in all sections except for the one corresponding to performance.

But at the security level it obtains the maximum, and also in the usability section thanks to the ease of use of the program.

However, it has shortcomings, such as the browsing filters offered by other antiviruses for integration into the Google Chrome web browser and others.

If you have a Windows 10 operating system, then you have Microsoft Windows Defender installed out of the box, which is why you have a “free” antivirus.

All you have to do is go to settings, updates and security and Windows security. Once we are at this point we can control Windows Defender.

Virus and Threat Protection
account protection
Firewall and network protection
Application and browser control
device security
Device health and performance
family options
As in the image, all services should have a green tick indicating that they are active and prepared for any threat.

Is free or paid antivirus better?

One of the most important aspects of an antivirus is its database.

The companies behind these solutions dedicated to computer security have to constantly release updates to these databases with the information corresponding to new malware threats and keep themselves updated.

Thus, an antivirus will be able to detect new threats that reach the computer.

But the effectiveness with which antiviruses act against malware, the impact on performance and, obviously, the ease of use based on its interface and options is also important.

In this sense, free antivirus and paid solutions compete on equal terms.